TOP FACTORS DRIVING PYTHON AHEAD IN 2020 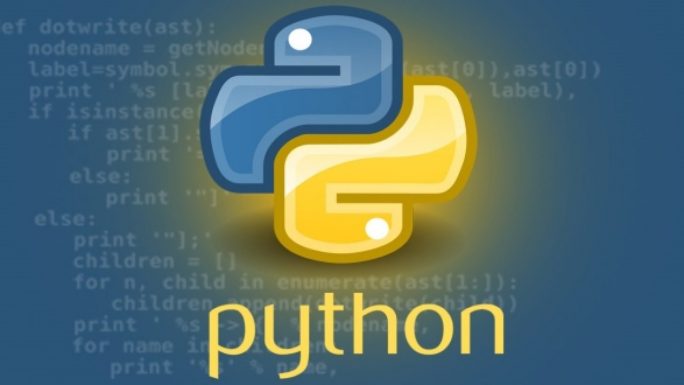 TOP FACTORS DRIVING PYTHON AHEAD IN 2020

Data Science is the single biggest reason why everyone is migrating top Python. Data Science offers exciting work along with high pay. Now let us see deep-dive and know about the details the following three Data Science Libraries.

Pandas: Pandas is a software library written for the Python programming language for data manipulation and analysis. In particular, it offers data structures and operations for manipulating numerical tables and time series.

It is free software released under the three-clause BSD license. pandas assumes general familiarity with NumPy.

NumPy: NumPy is a library for the Python programming language, adding support for large, multi-dimensional arrays and matrices, along with a large collection of high-level mathematical functions to operate on these arrays.

pandas is built on top of NumPy and is intended to integrate well within a scientific computing environment with many other 3rd party libraries.

Matplotlib: Matplotlib is a Python 2D plotting library which produces publication quality figures in a variety of hardcopy formats and interactive environments across platforms.

Flask: Flask is a Python web framework built with a small core and easy-to-extend philosophy. Flask is considered more Pythonic than Django because Flask web application code is in most cases more explicit.

Flask is easy to get started with as a beginner because there is little boilerplate code for getting a simple app up and running.

Machine learning and AI has been a hot topic for the IT industry. We see every IT firm just latching on this new opportunity. Algorithms have become sophisticated as the time has gone.

Google search engine is the most common example as it predicts our searches. This is a huge reason why everyone who is interested in machine learning or AI is learning Python as presently it is the major language which makes the task easy.

Python being a comparatively easier language becomes an easy alternative for beginners to opt for it. It’s obvious that a beginner wouldn’t want to bother itself with the complex codes and syntax of other programming language.

Python is simple as well as readable which gives it an edge over languages such as Java and C++ where the coder has to deal with classpath & compiler problems respectively.

One thing that sets Python apart from other languages is that it serves multiple purposes. Unlike other languages, it can be utilized in more multiple technologies. For example, R is only good in Data Science and Machine Learning.

However, it can’t be of any use when it comes to web development.
On the other, Python can do so many things like creating your web application using Flask and Django, Data analysing using Scikit-Learn, Scipy, NumPy, and NLTK.

Learning is a long process and it is shortened if you got assistance. Usually, the ones who help are the friends. However, even if you don’t find any friend near your vicinity you can always Google your queries.

Apart from being easy Python has huge presence on the internet in the form of communities. These communities play a significant role in imparting knowledge and solving queries of the beginners as well the pros.

Industries that are driving the growth

As per another Stack Overflow trend, the industry with the highest amount of Python traffic (by a substantial margin) is academic world, comprised of schools and universities. Is this because Python is often imparted in UG programs?

Partially, if not completely. Java is also taught to UG students in computer science and related discipline. Python traffic from universities is usual in the summer, not just in the autumn and spring. The same goes for Java. So why is the difference in their periodic trends.

The traffic to Java falls sharply around the time summer while in the case of Python, the fall is more balanced and evident. Java, in fact, is a comparatively a more common subject in UG courses than Python is.

Yet, Python takes a larger share of summer traffic. This points to one thing. Research goes on a university round the year, not just Summer, Spring and fall.

As for the other industries, we’ve saw that Python is prevalent in public sector. It is also the programming language of choice in the electronics and manufacturing industries.

I’m less acquainted with those industries and they make me wonder–why the language hasn’t emerged much in retail or finance sector.

Is Python traffic growing more quickly in some industries than others?

The rise of Python as a programming in the last year has been consistently spread out across industries, at least in the UK and US.

In many of these industries, Java remains the most-used language, but Python is making immense progress. For example, Python second most popular language in finance after Java. An year ago it was nowhere to be seen.

In any case, data science is an exhilarating, rising field, and there’s ample room for numerous languages to prosper. The foremost inference is to cheer developers early in their career to start building skills in data science.